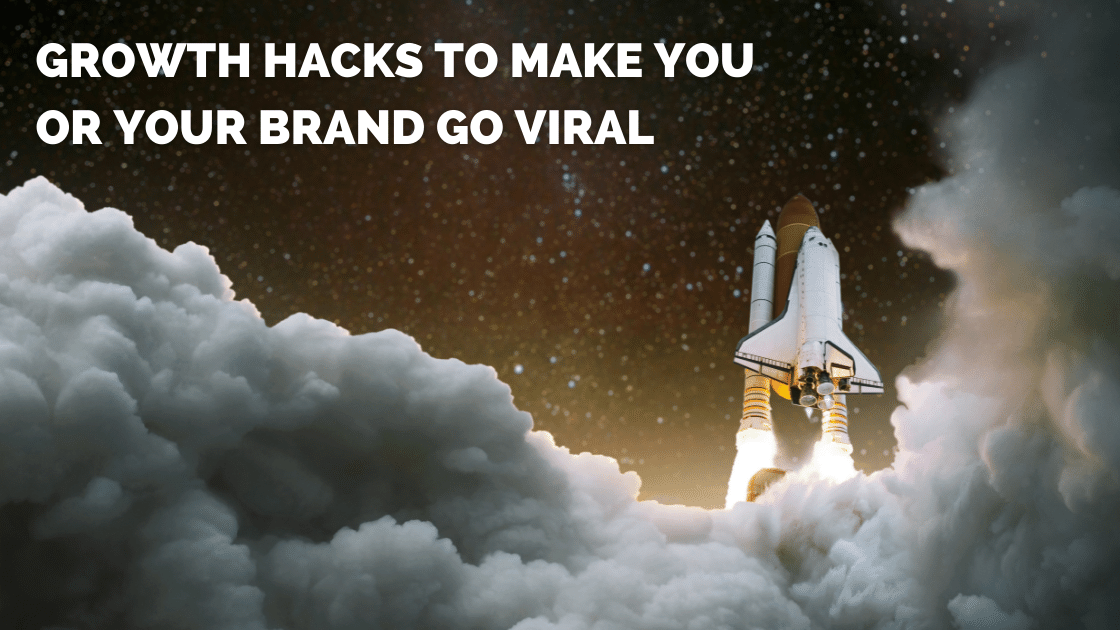 The world of marketing and advertising, especially on digital media, has become massively crowded, and getting the attention of your audience has got more difficult than ever. So how do you stand out?

The traditional outreach strategies and just putting up content isn’t going to make the cut because you as a company brand or a personal brand need to evolve. You need to learn to reach your audience in a new way.

This is why you need to learn and adapt to new Growth Marketing Strategies – now more than ever. This is also known as Growth Hacking.

What is Growth Marketing or Growth Hacking?

Growth Marketing or Growth Hacking is a sub-set of marketing that is focused on the growth of a company and/or personal brands by using (mostly) digital marketing channels in an innovative way.

It is commonly used as a marketing strategy for newly launched or “early stage” startups that cannot afford to spend a lot on traditional marketing, which is generally more expensive.

I am sharing some growth marketing strategies that you can use for yourself or any company brand and reach out to a massive audience, build loyal communities and acquire more customers – without spending a lot on marketing & advertising.

I was planning to write on this topic when I spotted Aadit Sheth’s thread on Twitter and used the pointers in the thread as a starting point.

Growth Marketing Strategies to make you or your Brand go Viral

1) Build an Engaged Community like you’d build a Cult

This is the biggest reason why so many entrepreneurs are focusing on building their personal brands and associating that with their company brands.

You must have already seen this in action with the below Personal Brands and the associated Company Brands:

These people embody the virtues of the brands they lead and that positive effect rubs off on the brand – building a cult around them.

Another way of doing this, without personal branding, would be to build a community that people can feel to be a part of.

Think of this as a common interest that your brand shares with its audience. Check out the below examples and you’ll know what I mean:

In our Advanced Digital Marketing Certification Course, I teach how to use this strategy to get business growth at lightning speed. If you want to check the course out, Click Here.

If you can build an engaged community around your personal brand or your company brand, it’s a win-win for everyone. The biggest thing to avoid is to try to be everything to everyone, especially in the beginning. Keep it specific to your primary TG.

Create Funny and engaging content online. Most brands try to be very serious and to the point. Which is fine, if you operate in a very sensitive space.

But people have enough problems in their real lives and sometimes go to the internet (specifically Social Media) as an escape from reality.

In a sea of serious and corporate-ish sounding brands, it makes sense to break the clutter by taking the entertainment route.

And you can do that to promote your products, services, and overall brand.

Look at the Prime Music Ad versus the Spotify Ad. It’s pretty evident which one will have a better recall amongst audiences and will get shared by people.

In another example, there are Venture Capital Firms that have been using memes and Entertaining content in a space that is considered pretty serious.

3) Don’t Sell the Features. Sell the Benefits to the Customer

These are called “Motives” in advertising and copywriting.

The best way to sell is not by telling customers how amazing your product or service is. They already know that. They want to learn how you can help them with their problems. They have motives and they want to know how your product or service can help them achieve those motives. Check out this Instagram post below where I had covered this topic in detail.

So, show them how your products or services can get them what they want.

This is a great strategy you can use when you’re in a new market or are in a competitive market.

Let’s take this iconic Ad from Apple for iPod as an example:

In this Ad, Apple did not talk about how great of a music player the iPod is or how large its storage was. Instead, they showed people that it was now possible to carry 1000 songs in the pocket.

Mind you, at that time, people would carry bulky Sony Walkmans around. Those music players used cassettes (8-12 songs per cassette). Or used CD-ROMs that would contain a similar count or a little more if they played MP3.

iPod solved a huge problem for people and this ad communicated that in just 9 words.

4) Go against the Grain with the Messaging

Most people and brands like to conform to conventional wisdom when it comes to advertising communication. But this is not the approach that would help you go viral because it leaves many opportunities unexplored.

To take your business to the next level, you need to do something different and radical from what others in the same space are trying to do.

Here is an example from a shoe brand called Atoms.

This is a really clever piece of advertising communication that not only caught people’s attention by saying something unconventional but also got people talking about it.

While most shoe brands (even some of the biggest ones) are trying to lure customers with discounts and low prices, Atoms went totally opposite by telling people that they weren’t “Cheap” like the others and went ahead to justify this.

If you look around at your competitors and see common messaging across the board – basically everyone fighting for the same angle – then it is a great opportunity for you to say something unexpected and differentiate yourself.

It will get people talking and give you the massive outreach or virality – as long as you do it right and don’t force the messaging.

This is where you can leverage catchy slogans for yourself or your brand.

But instead of freezing upon something unheard of – like “schmizzle schmazle”, choose something that people already use in their daily lives.

Pick up a commonly used phrase and OWN it.

Let me show you some examples of brands that are doing it well:

This is another clever growth hack because people are already familiar with these phrases, have been using them, and exactly know what they mean.

So, just make these phrases associated with your brand and most of your brand story and purpose will already by known to your audience. This also makes it easy for people to find you on Google and on social media, as the sentences will appear when people search for those things.

6) Perform a Stunt and Thrill people

Before you jump to conclusions, or from a helium balloon in space, hear me out.

Publicity stunts have long been known as an effective growth marketing tactic. They are planned in order to capture public awareness and generate free media coverage.

While these stunts can be outrageously high-risk, but there is also a possibility of a high-reward that can make the gamble worth it.

What’s the reward, you ask? Well, it could be potential free press worth thousands, if not millions of dollars.

Red Bull has been one of the brands that have consistently done publicity stunts at a large scale and have got really good with it. The stunts go with the “Redbull gives you wings” personality too.

While the Stratos Jump that I linked above created a world record, Red Bull has been involved in a lot more stunts.

On 20th March 2018, Redbull the craziest New Moon Party in Los Angeles. People in wingsuits jumped out of helicopters above the tallest building in LA. The wingsuits were fitted with a “sparkler mechanism” so the divers left a trail of sparks. This led people on the ground to believe that comets or UFOs had descended on the city.

7) Use Controversy to Get Attention

This is another age-old growth marketing tactic that can give disproportionate returns if done right.

Controversy Marketing is also known as Shock Advertising. It is an effective growth marketing tactic when you want to make a splash.

It is based on the line-of-thought that if you want to stand out, you can’t be playing safe all the time. This type of marketing can create an off-beat experience that people will want to share with other people (virality).

It requires an understanding of what clicks with your target audience and requires a perfect timing.

Nike’s “Believe in Something” campaign is probably the most recent example of how controversy marketing, when done right, can put a brand’s growth on steroids.

This campaign featured Colin Kaepernick – a quarterback (in football) for San Fransisco 49ers. In 2016, he decided to take a stand against racial injustice. He refused to stand for the National Anthem at the football games. He would either sit or kneel down. It became a big controversy.

Nike decided to feature Kaepernick in their campaign where the messaging read “Believe in something. Even if it means sacrificing everything.”

This campaign resonated very well with millennials and gen-z’s. A single tweet by Kaepernick gave Nike $43 Million in free advertising. The sales went up by 31% and Nike’s stock reached an all-time high as a result of this campaign.

This truly shows the power of controversy marketing.

But Controversy marketing doesn’t necessarily mean picking a side. Sometimes it just means stirring conversations about a controversial or a sensitive topic.

These are some Growth Marketing tactics that you can start thinking on the lines of. While not all of them will fit for your personal brand or the company brand, but you can still pick and choose what fits.

If you would like more articles related to growth marketing/hacking, and digital marketing delivered to your inbox, sign up for my newsletter. You can find the form on right side of this blog on desktop. And you can scroll to the bottom of the screen on Mobile phone.